Fact. A/B Testing is crucial for any email marketing strategy. Prepare to agree. 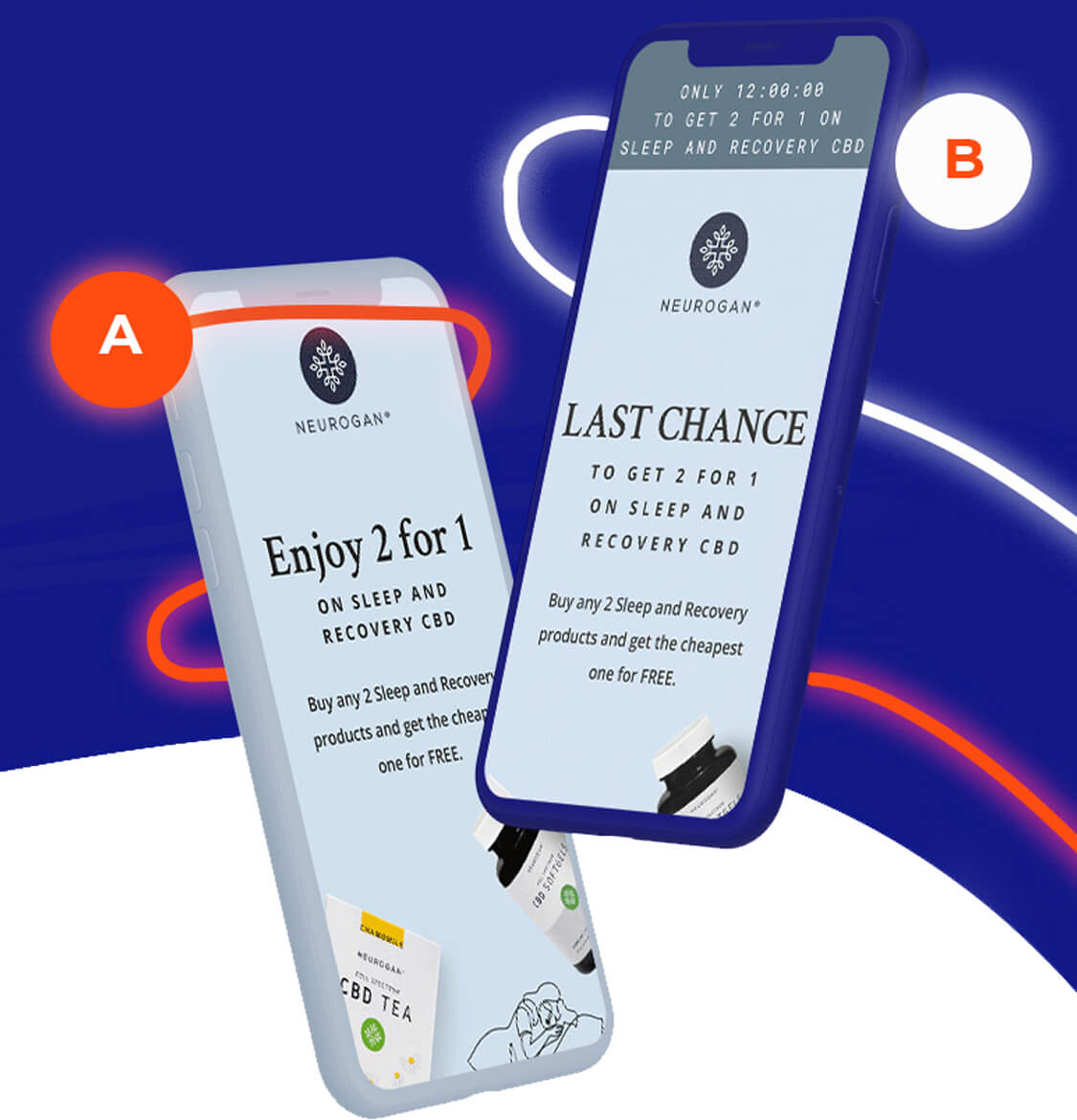 Increasing the number of people that open your emails is one of the most important variables to prioritize. The number of link clicks that you get ultimately leads to an increase in revenue, which is the whole point of having an email marketing campaign in the first place.

Achieving a strong A/B test is as simple as creating two slightly-different variations of an email, with the differences being dependent on a hypothesis that you’ve posed, either through data collection or historical knowledge. Of course, there’s a bit more to it than that, but you get the idea.

You’ll have email A and email B, both of which will be sent to your subscribers. Judging from what makes the two different, as well as the engagement they both receive; your campaign will either be a success or a failure.

How you go about your testing is just as important, so it’s a good idea to have professionals at the helm to help you decide.

How we Do it

Our process is quite scientific. We start by analyzing your current email marketing campaign. After that, we measure the results of the campaign so we can alter it and see how those results differ with each change. After that, we’ll start making predictions based on all the different results, refining our expectations over time, and modifying our approach from an informed position.

Basically, no stone is left unturned. We test each and every email that is sent, from welcome emails to sales campaigns. Picking the right test subjects is as important as the test itself. Depending on how impactful the test is, we’ll usually start by getting your whole list in on it and then narrow it down into segments over time based on the results we get.

Marketers go to great lengths to make email subject lines that ‘pop’ and for good reason. The subject line is the first thing that a customer sees and it’s your one chance to get them to open your emails.

From personalization to adding an emoji or two; there are many ways to draw attention to your emails. A/B Testing will give you an idea of which wording works best. Yes, shorter is usually sweeter, but what about the sequence in which the words appear? What you put first or last will have a huge bearing on your engagement stats.

Thanks to the wonders of email design, you can add visuals to go along with your messages. Now, images can either work for you or against you, and in addition to throwing in a picture or having a unique background, the layout is worth looking into as well as it helps to know how messages will appear on different kinds of devices. Luckily, we happen to have an award-winning design team that can effortlessly balance aesthetics and functionality for you.

Another aspect to consider is the copywriting that goes into your emails. Ideally, your copywriting strategy should be backed by hard data. What type of mood does the writing in the body of the email evoke? What word count is most ideal for an email and how many words are too much or too little? These are questions that can easily be answered after a bit of A/B Testing. Your content is the main event, so anything that’ll improve it is great for your overall marketing agenda.

The whole point of testing is for you to be able to make improvements based on what you’ve learned. We put each indicator under the spotlight, comparing them as they are to determine what changes need to be made.

It’s important to identify progress, otherwise, it’ll be difficult to make any more of it. One of the key benefits to entrusting your program with an email marketing agency is their depth and breadth of experience in looking through the data to achieve the best result possible. With this deep insight and ability to quickly apply it moving forward, a step-by-step effort has to be made so you can realistically achieve your objectives.

In order to transform mere interest from a customer into an actual sale, you’ll need to understand the habits of your leads. Once you get a picture of your customer’s behavior, you must grasp the motive behind that behavior. A/B Testing can give you insight into what guides a person to the sale so you can replicate that process in order to get more conversions.

A test is only as good as the tools that it’s conducted with. We’ve worked with countless ESPs over the years and few things are more important to us than digital tools that work and work well.

While all proper ESPs haveA/B testing capabilities, not all are made equal. Some ESPs allow forA/B tests that others don’t - that’s where our instinctive internal systems come into play, filling any gaps of inexperience or uncertainty that may exist. As such, our clients get to harness the full power of conditional logic, carrying out as many tests as possible, as frequently as may be necessary.

It doesn’t matter how difficult an ESP is to use or how outdated it may be, we’re willing to go the extra mile to leverage the power of email analytics to test as many variants as possible and identify patterns, trends, and segments accurately. 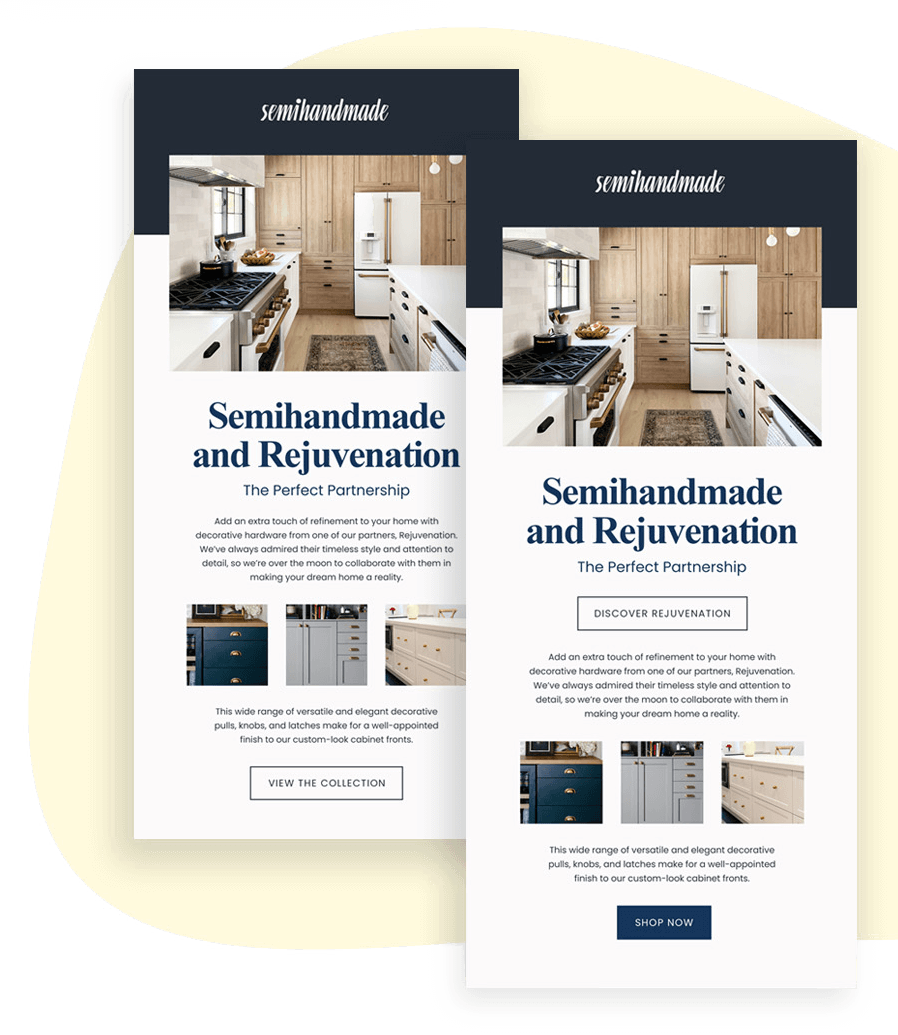 At this point, it should be clear that you need to conduct experiments on your email subscribers to find out which approach is most effective, and that’s where A/B Testing comes in. Campaign optimization requires a constant stream of data being compiled and analyzed; that’s the only way to improve your open, click, and conversion rates.

You need to know what data you’re trying to harvest and what you’re going to do with that data. Whenever we make a small tweak in each email, we analyze the results to see how well each one does. After all, you can’t conduct a test without extracting as much insight as possible from the results. Having a game plan makes it easier for us to accurately measure your success. 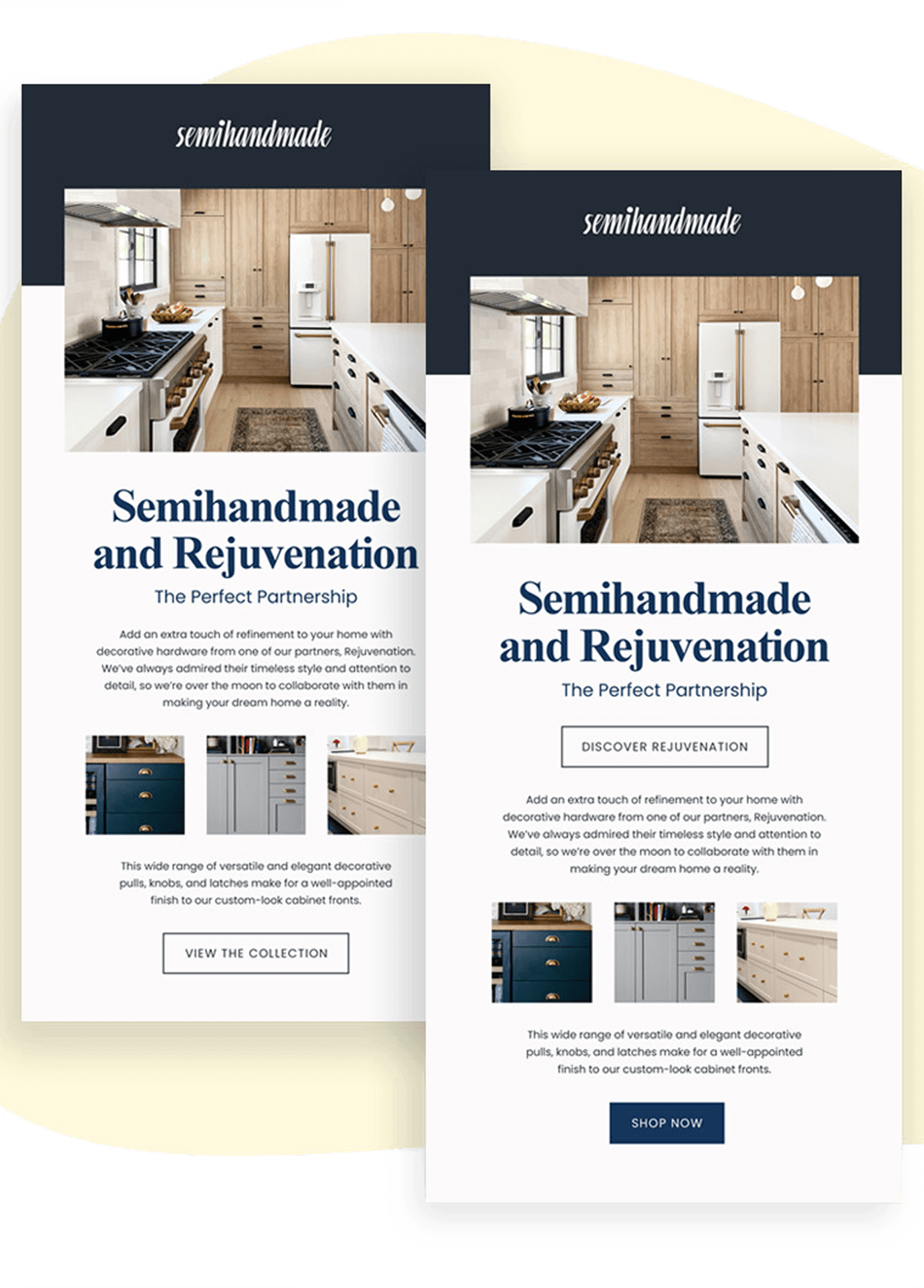 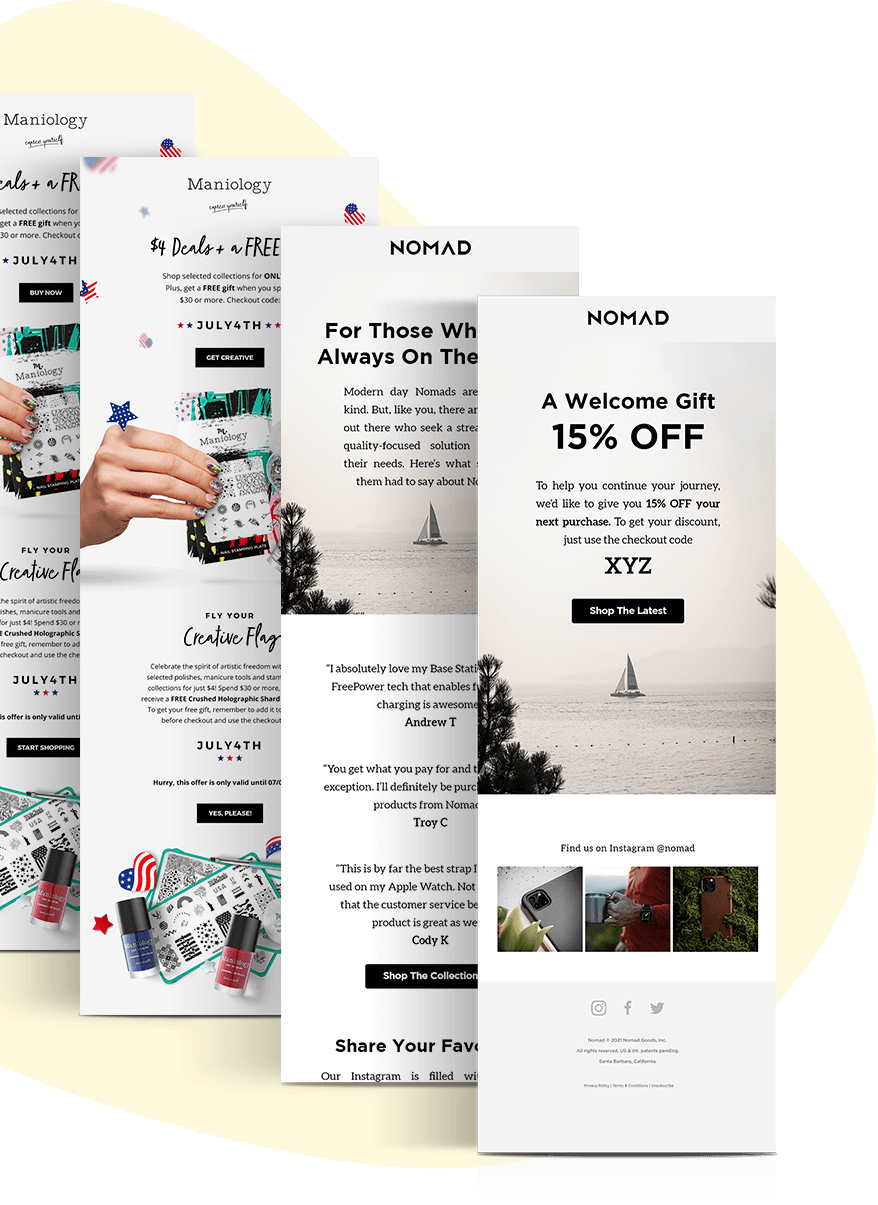 At CodeCrew, we’re all about the research. So before we begin the A/B Testing process for any of our clients, we learn as much as we can about their target audience by looking at their data, compiling sample personas, finding trends, and applying all available insights at our fingertips.

From there, we go in and conduct A/B Testing as soon and as frequently as possible while also ensuring that all tests are relevant and up-to-date, as with open rate-related testing in the world of iOS15 and onward. In order to stay at the forefront, we need to go hard on those tests so that we’re ready for any changes in the market or in customer preferences.

All of this helps to maximize our clients’ email marketing campaigns, and our success with this process has been incredible. 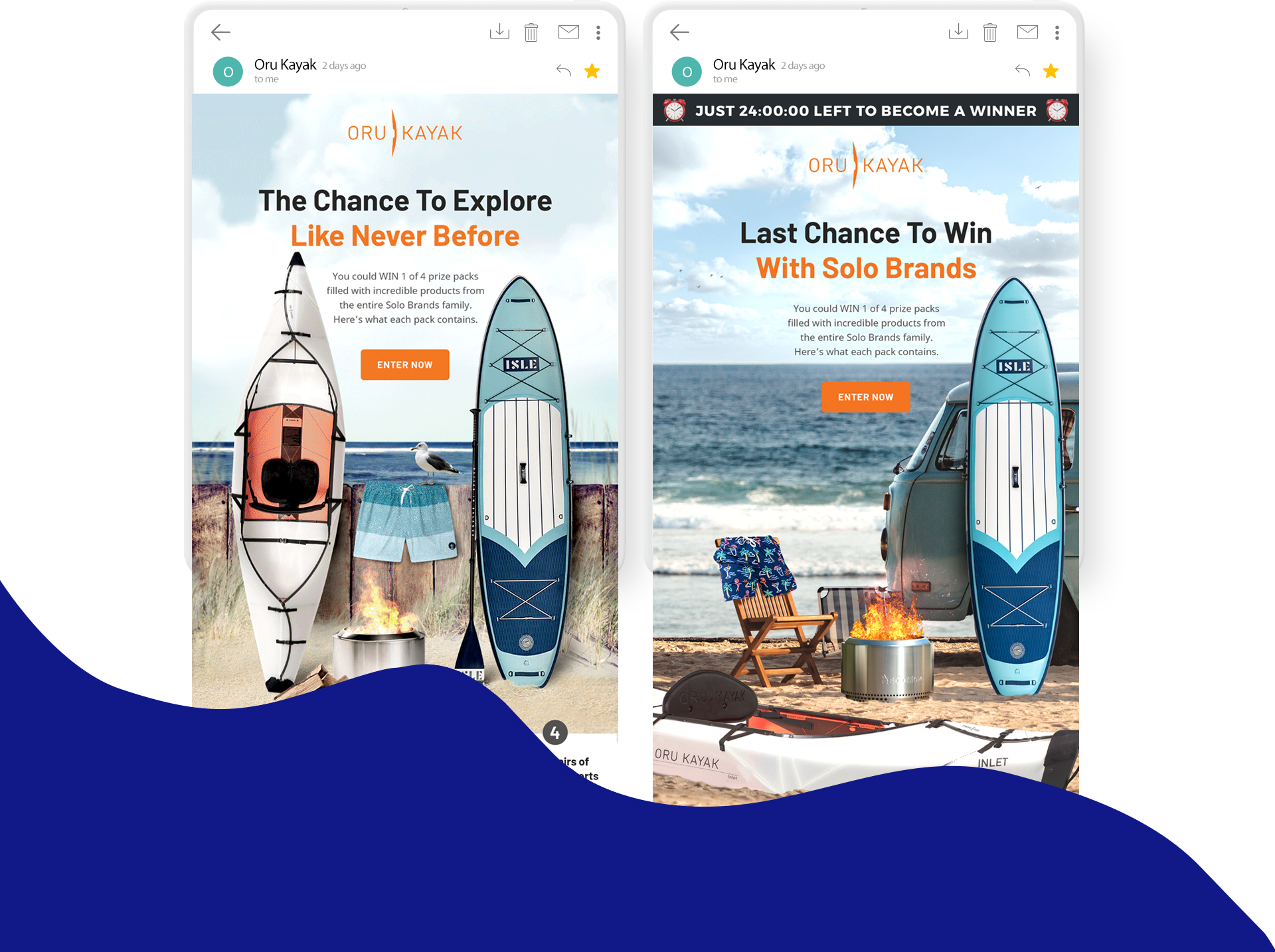 We think it’s time you took
your rightful place on the market as a
successful business owner.

Have a chat with us about putting your emails to the ultimate test
and experience the results for yourself.